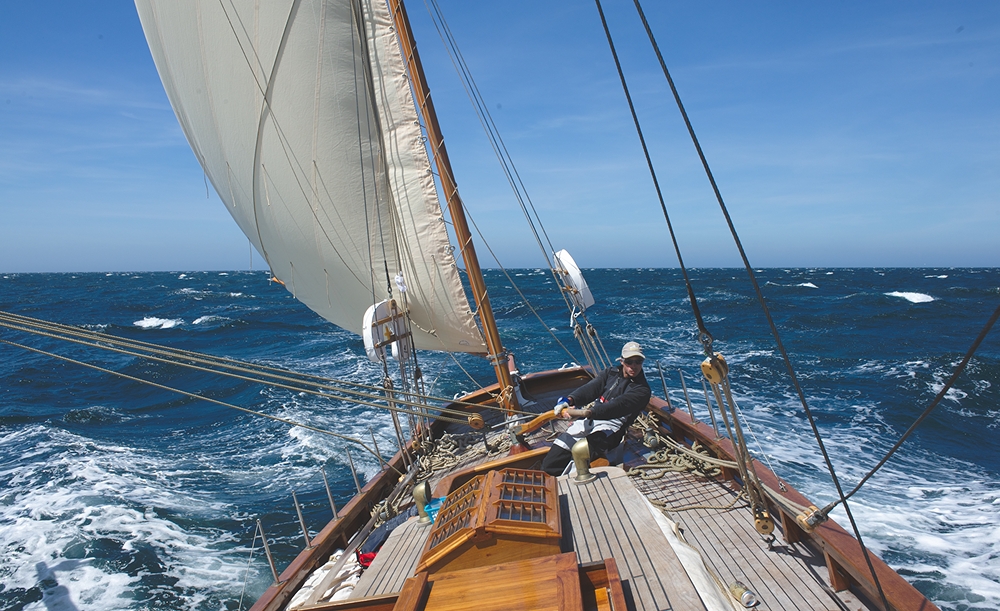 Welcome to my new site!

This new site takes over from port-rhu.com, the new .bzh extension stands for Breizh, Brittany in the Breton language. 2015 has been a very bad year, my wife of 37 years Nadia was taken away by leukemia in July. My love for boats and the sea will help me though these painful times, and our daughter Marine needs my support as she is looking for her first job after graduation.

I am selling our house near Paris and will eventually move to stay "permanently" in Douarnenez where I have a house on the old harbour, the "Port-Rhu", which means the "red harbor" in Breton. Why it got that name is hotly debated between historians. Place names in Douarnenez can be even weirder, I own a small storage place near the harbor at "place de l'Enfer", Hell's square. Beat that!

I started to sail when I was a kid, and my first wages were invested into a 16 ft dinghy, a "Caneton", or duckling, a popular series in France at the time. Over the years, I started gathering and restoring old boats, starting with a 1928 day racer, a 12m2, my first restoration. I eventually bought the house in Douarnenez to house my 20+ boats, many of them rowing boats, from the late 19th and early 20th century. Among them Nymph, a Burgoyne Thames gig from 1901, and Goon, a French double gig built by Tellier around 1880, and Fanny, a single built in 1913 by Deperdussin, the maker of the famous Spad warplane. Goon and Fanny are listed as national heritage in France, aka "Monuments historiques" in French. I have a couple of bigger boats too, the international 5 Metres Hobby III, recently also listed as national heritage, and Germaine, a gaff yawl built in 1882 in Gosport by Ben Nicholson. Germaine is now berthed in the Port-Rhu, close to my Douarnenez home, after her launch in May 2013 and her passage from Lowestoft to Douarnenez in September 2013.

Let me conclude with Classic Yacht's summary of what I am all about: "Frenchman Bigand appears to make a habit of rescuing clapped out but interesting boats". (Classic Boat no 116 February 1998)

* History and restoration of  Germaine 1882 yawl by Ben Nicholson

* Spiky memories: diving for sea urchins around Galway Bay in the mid 70's.

* The ultimate fly tying chest/workstation: I am proud to share a design I created and built. It has done the job for me for over 10 years. Some woodworking skills required.

Background: a summer morning at the Port-Rhu.